I found an old book at a jumble sale many years ago, which was a sort of encyclopaedia of the technology of the day, published some time just after the Great War – probably about 1920. Amongst other things, it attempted to forecast the future of long distance passenger flight and categorically stated that passengers would be transported across the Atlantic in large numbers in huge airships; and for those that needed more rapid transport, in seaplanes that would effectively wave-hop. Well we know what happened to the airship venture – Hindenburg, R101 etc and of course the idea of a wave-hopping seaplane across the Atlantic is risible. But this book had artistic impressions, facts and figures-the lot. It was written as an authoritive exposition of what to expect in long-range passenger air transport; it must have been right then.

So anyone venturing into prediction of the future of technology based upon current trends does so at great peril. The lesson from history is that you just cannot predict where technology will take us because of the great imponderable – people, their likes, dislikes and fashion. I remember within my lifetime the advent of digital wristwatches and how this technology (from Japan) would wipe out the old-fashioned analogue-dial wristwatch (from Switzerland). Well of course, we know that fashion over-rode technology, people saw wristwatches as an item of jewellery – telling the time accurately was a co-incidental feature, and people like analogue dials, the fancier the better. Same with mobile phones – do you really think that simple telephony performance is the key selling feature? The best selling (and most expensive) mobiles are in fact the worst performing in pure RF performance terms – I found this out to my cost.

A long discourse, essentially on the perils of forecasting technological evolution but who can resist trying? So let’s venture into the future of E-marketing but do so with a health warning – I may be completely wrong; but we can only forecast by extrapolating current trends.

E-marketing encompasses all activities that use the internet, both static and mobile platforms, as the route to market – as opposed to the high street, print media marketing, TV/radio, bill-boards, mail-drops etc. The great benefits of E-marketing are all founded on the premise that web-sites, email marketing, apps etc are much cheaper ‘bang-for-buck’ than other traditional methods of getting messages into heads; and it provides a market equality where small companies can compete on equal terms with very much larger, richer competitors.

A website can present an image of a small company trading over the internet that belies its size and strength, whereas there are many large international organisations with the most appalling websites. So E-marketing via websites does offer the huge benefit of presenting a level playing field where size really does not matter. Getting visitors to you site has always been the issue of course and, with the more recent changes to site ranking processes by Google and other SE’s, it is now much more difficult to use SEO techniques to drive up the Google ranking. This attack by Google et al on mechanistically driven SE ranking optimisation is clearly a great revenue enhancing move, since the preferred alternative to SEO (for which Google earn nothing) is pay-for-view services sold by Google such as display advertising and Ad-words- in all cases, where the marketeer pays the SE for visibility of its website by ‘post it’ type adverts or search directing techniques using Ad-Words. So the main website is finding a new place in the E marketing portfolio which is really now the back office and catalogue as opposed to the front line shop window tool -the banner advert for the site (ie the shop window) perhaps migrating to a simple one-pager for access from a mobile or tablet. Website design is becoming much more technically demanding since the requirement is moving from being principally an advertising tool (along with good search engine ranking) to a product/company catalogue and information ‘magazine’ found by display ads, ad-words and mobile ‘banner’ pages. This demands multi-page/multi-media construction with excellent site search engines (SSE), content management systems (CMS) and careful routing techniques through the site.
No longer being the front line advertising tool found by simple SE ranking, the website is increasingly the shop, not the shop window, to which customers are drawn by other methods instead of SE ranking, which at the moment implies a few things;

Email marketing using email broadcasting systems such as Emailblaster UK has become much more prevalent, witnessed by the huge growth in sales of the more competent and market leading systems on offer over the past couple of years (ah, one of my wiser investments). Other than the search engine, which is no longer a great option, emailing is the most effective way of getting people to your website – your shop. But email marketing is running into problems caused by its own success – spam! We are all plagued by spam which is in fact other people’s emails; problem is, your email campaign is therefore by someone else‘s definition spam and this potentially wipes out the effectiveness of email marketing unless methods are devised to circumvent it.  The general answer, without giving away some highly confidential competitor tips, is to develop content characteristics and address list filtering techniques that ensure both the absence of ‘spam like’ content characteristics and also very accurate targeting of each email. The latter being most important as it not only makes sure your email gets into the in-box; it also ensures a welcoming recipient who actually wants to read your email. The days of mass broadcast emails, often using harvested address lists, are fast disappearing (and good riddance to them). So expect much more sophisticated, more mature, email marketing software that raises the ‘signal to noise ratio’ of your email campaign. Not many email marketing software providers have woken up to this issue – some have however and they will be the ‘survive and thrivers’.

There a lot of debate as to whether mobile media such as Android and iOS will replace mainstream internet. Of course this is a non-sequitur, since mobile platforms via Android or iOS are really additional routes to the internet. But the physical limitations of display size means that this media is really not ideal for multi-page complex website presentation. So assume that the website you view using your mobile will be an overlay or ‘veneer’ page that is devised to display simply and readably on a 5cm LCD display. Easy enough if you are looking for a taxi or need to order a bunch of flowers to placate the wife whilst stuck in a traffic-jam but the mainstream website is there when you need more complex interaction with a catalogue site and using a conventional laptop, tablet or PC. And then of course there’s Aps. These are unique to the world of mobile media but an App is of course just ‘market-speak’ for a download of a software package to your mobile. Excel or Word for example could be described as a PC ‘App’. The link-in to the world of websites is of course, a website hook, an auto-link, to the mainstream website. On-line banking Apps for example. So assume that website designers will increasing offer automatic Android or iOS App hooks as part of a complete website design service.

Generically, social media such as Facebook and Twitter presents an interesting dichotomy. Is social media no more than a distraction from mainstream marketing or is it becoming the mainstream? I notice that a surprising number of large market driven companies are quoting their Facebook address instead of, or as well as, their URL. i.e. they see Facebook as a more, powerful media platform than Google. The unique way that a Facebook message can generate multiple feeds through its friends network and potentially launch into a contact explosion – go viral, is not mirrored in the world of websites and Google ranking. For this reason, Email marketing software systems now routinely provide Facebook link but this is really no different to a website link – it’s fairly routine for most market leading email marketing systems. The most advanced systems have gone a stage further however; they automatically post your email to your Facebook wall or Twitter feed which then launches a completely parallel broadcast of your message via your friend’s network. So look for sophisticated linking in of the conventional email and website route with social media routes to achieving the message broadcast sought.

So, where are we when it comes to forecasting future trends in E-marketing. Well, I haven’t forecast the dissipation of the internet or a revolution in mobile media or the demise of the mobile phone – in favour of tooth and ear implants? It is possible to see shorter term trends as discussed above however;
Website design will increasingly be about site sophistication and content complexity and getting visitors to the site will be dependent on paid for get-to services such as display ads, ad-words and email marketing.

Email marketing will continue to battle against being drowned out by spam and much more sophistication in anti-spam techniques and address targeting is inevitable. Only the best email marketing system designers will survive – those that see the need and have the skills to deliver service sophistication.
Mobile media will always be limited by the physical constraints of what you can view and interact with on a 5cm screen. Assume that this is more a route to the internet and not a parallel media. Consider internet banking Apps which are no more than a link to the website.

Social media will merge with the albeit, conventional internet  world; with so much crossover of links and technology that it is no longer seen as a separated evolution but a different manifestation of the same thing. This means that catalogue websites, selling sites, interactive sites will be accessible via a social platform. This is already with us of course. 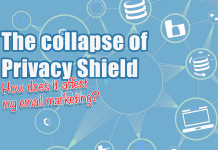 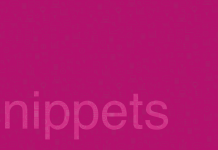 Email Marketing workshop: what to avoid during the current economic climate 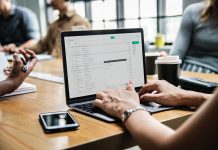 Why Does My Email Go Into Junk?