Governments talk at length about the contribution to the economic wellbeing of Britain of Small Medium Enterprises (SME’s) and in particular Small businesses – i.e. organisations with 49 or less employees. In fact to describe the significance of turnover and employment provided by small companies as a ‘contribution’ to the economy is a gross understatement.

Let me throw some statistics at you to illuminate the point I am making;

Putting aside the considerable employment levels in the public sector, the private sector (where gross domestic wealth is generated) accounts for 24 million employees and turnover of just over 3 trillion pounds. Of this, just lower than 60% employment is in businesses with 249 or less employees who provide 49% (1.5 trillion pounds) of the total private sector turnover.  Of particular relevance (at least it is to me) is the fact that the biggest contribution is made by what are officially defined as Small companies – those with 49 or less employees.

47% of total private sector employment and 35% of turnover comes from small companies.

So when we think of the great powerhouses of the British economy, we think of those big players such as BAe, Rolls-Royce, BP etc, but in fact half of all wealth generating and employment creating activity in the UK is generated by the millions of small companies; up and down the country, working in the business parks, converted farm buildings, spare bedrooms and employing a handful of people.

These figures are based on the most recent returns for 2012 and there is good reason to believe that in fact the running totals today – mid 2013, will show a much larger figure for small companies, probably now accounting for well over 50% of total private sector employment and 40% turnover.

I can go on. Let’s consider tax revenues in the forms of PAYE, VAT and our old friend corporation tax. Small companies generally don’t employ expensive tax avoidance consultants and don’t have access to offshore tax havens and international offset trading arrangements to move profit into low tax territories. So we pay our corp tax, PAYE and VAT because we don’t have the choice. It’s not a voluntary arrangement in the case of small enterprises unlike large international mobile phone corporations. So we could surmise – it’s only an educated guess, that this 40% of turnover accounted for by small company’s contributes a  much higher percentage of tax revenues; probably over 50%. Then there’s the black economy, but that’s another blog subject.

In my dealings within mainland Europe – particularly Germany, I observe that whilst there are vibrant small company activity levels, it is not on anything like the same scale as here. By example, Germany’s economy tends to be driven by a higher concentration of large corporations – many household names that we know well.

The fact is that the British economy is driven by the small business sector; to describe this as a contributory factor is understating to the point of insulting. I believe that Government has grasped this point and I note comments by Vince Cable, Lord Young et al to this effect.

The issue of what measures can be taken to assist in this sector has been addressed by the report presented by Lord Young and there are some good suggestions; simplifying public sector bidding procedures by eliminating the time consuming, irrelevant  and ludicrous pre-qualification questionnaires (PQQ) for bids of less than £200k for example. But many of us in this sector would point to the tax regime as a major problem. It would be nice to see more concentration by HMRC on collecting tax from the big corporations than the focus that it seem to place on small companies – easy targets?  Also, what about a corporation tax cut for profit levels below a lower threshold than the present? And the sheer complexity of administering PAYE, NI and corporation tax is mind blowing; small companies generally can’t employ full time accountants – usually don’t have accounts departments, but there is no simplification of administration for a small company. The overhead required is exactly the same if you employ 9000 or 9.

Nevertheless, the army of graduates leaving university from those good business schools that we are well served by in the UK, are seeing the small business sector as an answer to the grinding problem of employment. If you are struggling to get a reasonable job, an answer is often to start up a business. There is no doubt that a driver to the growth in the small business sector is the alternative route it provides to the career path – to the simple matter of getting a job. Start-ups are running at a higher level than has been seen for some time. Is this the future for the British economy?

Small companies are by simple necessity; fast reactors, can take advantage of business opportunities quickly, are the centres of innovation and are usually populated by the most entrepreneurial and dynamic of our workforce. This is the developing face of the British economy and it has an appealing aspect to it. 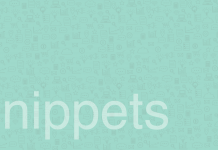 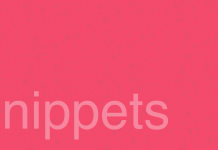 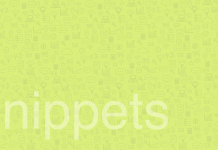 ABOUT US
email blaster are entirely UK based. The software is easy to use and packed full of lots of great email marketing features. Start today with a free trial account
FOLLOW US
© email blaster 2018